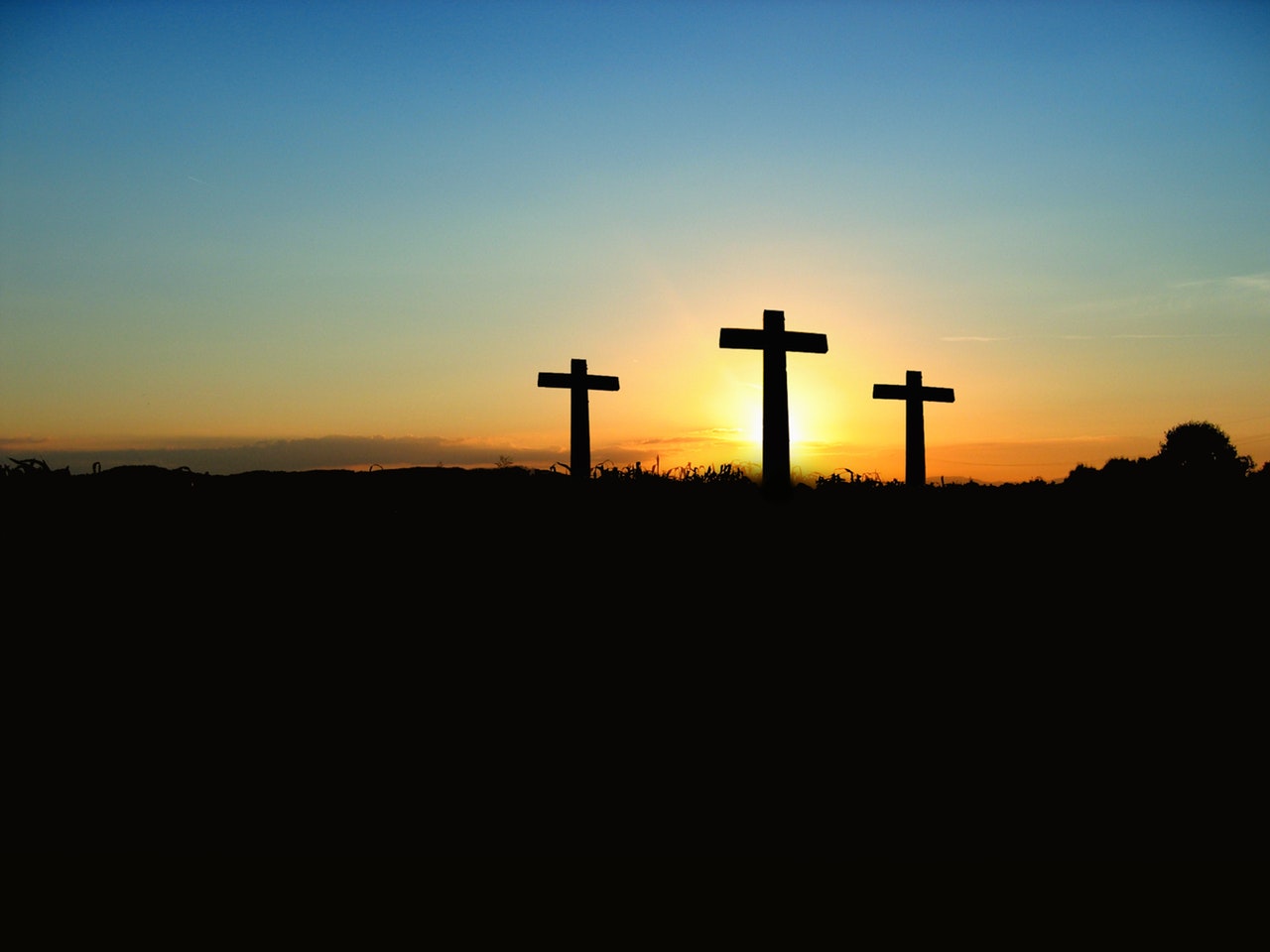 Palm Sunday is the Sunday of Passion:

We have been in the season of Lent leading towards the comment in our baptism.

“Lent” a beginning a spiritual journey with prepares for a worthy celebration.

A journey, that means we go with Jesus as He travels to Jerusalem, the place where the mystery of His Passion, Death and Resurrection is to be fulfilled.

It reminds us that Christians is a ‘road’ to be traveled, consisting not so much in a law to be observed as in the person of Christ Himself.

Our Gospel today is shorter version of the Passion, my Homily is a little of the entire Passion

Gospel: Luke 22:14-23,56
When the hour came…. Jesus took his place at the table, and the apostles with him. He said to them. “I have eagerly desired to eat this Passover with you before I suffer; for I tell you, I will not eat it until it is fulfilled in the kingdom of God.”

They gathered at a table…He will be leaving his friends and he tells them, after I am gone and I am in the kingdom of God…then my mission here is fulfilled but not before I suffer!

We all at some time in our lives had to discuss some very serious and important events that have taken place or will take place.

The table becomes important to a lot of families, because this is where you gather for food, conversations, games. Places each family remembers, sometimes for generations…. it will be passed down.

There was a time when my father asked us to all gathered around the table.
He had something important to tell us. He was going to sell all his Indian artifacts, about 50 corn grinders, coffee cans of arrow heads, guns, knives, baskets and many more items. “At a Yard Sale” but the most difficult part was these beads that came from the Spaniards, they would bring them to trade with the Indians about 300 years ago.

Dad had found them while trapping on horseback in an ant hill as large as a car. Since he was on horseback, he had to go back with something to sift the dirt out and leave just the beads. There was a lot!

One day, dad had taken some of the beads and made a necklace with a bear claw on it.and was going to sale them for $25.00 each. At a Yard Sale!
I remember saying OH “No” dad, you can’t do that!! He just looked at me and put them all away for about 15 years, never revealing where they were.
BUT! at least he didn’t sale them. Yes, I still have them.

I also remember many nights my parents and friends sitting around the table for hours playing canasta. The table is an important place in history.

Jesus had something important to tell his disciples.

This was going to take place at the table…At the Passover Meal
But he also knew that he needed to do something other than just telling the disciples how import this night would be “because” possibly word of mouth would not last and would soon be forgotten, Jesus needed to make it something special. Something between Heaven and Earth, Devine and Human And Something, they would do and do again… over and over… teaching and repeating his Words… until it becomes part of history. The Holy Eucharist.

Then he took a cup, and after giving thanks he said, “Take this and divide it among yourselves; for I tell you that from now on I will not drink of the fruit of the vine until the kingdom of God comes.” Then he took a loaf of bread, and when he had given thanks, he broke it and gave it to them, saying, “This is my body, which is given for you Do this in remembrance of me.”

First, He gave thanks , Jesus wanted us to remember His sacrifice.

The Eucharist the Church’s sacrifice of praise and thanksgiving, is the way by which the sacrifice of Christ is made present, and in which he unites us to his one offering of himself.

He continues to explain to the disciples what will happen following.
He wants them to continue to teach and they will be tempered by Satan.

Jesus said, but I prayed for them, that their own faith would not fail; and strengthen your brothers.

He also went and prayed to the Father. “Father, if you are willing, remove this cup from me; not as my will but yours be done. Then an angel from heaven appeared to him and gave him strength.
In his anguish he prayed more earnestly, and his sweat became like great drops of blood falling down on the ground.”

The Angel gave him strength!

This is what helps him with the next things that follows,
He is betrayed, arrested and beaten, mocked, scorn and flogged.
Put on trial and nailed to the Cross.

It was not that long ago that Jesus had his triumphant entry into Jerusalem.

The people were crowded around the gate watching Jesus enter the city, and they were celebrating and calling out,

He had a crowd on Friday that shouts
“Hosanna!”
And a few days later they shout
“Crucify him!”

Pilate said to them…” You brought me this man as one who was perverting the people; and here I have examined him in your presence and have not found this man guilty of any of your charges against him. Neither has Herod. “

Pilate says these three times.
What did Jesus do?

He asks “Father, forgive them; for they do not know what they are doing”.

He also replies to the criminal with him that “Truly I tell you, today you will be with me in Paradise”.

As we began Holy Week, we set our feet on the road to the Last Supper, we give thanks, we go to the garden to pray, then to the cross, and to the tomb.

The shape of his life is fully realized and revealed in Jesus’ passion, death, and resurrection.

In our lives, this is celebrated and effected in Holy Communion.

Like his disciples, we are asked to take this bread and wine eat and drink
in remembrance of him.

Life in God is given in adoration and joy, thankfulness and acceptance, humility and obedience.

In our suffering we may witness fully to the truth of our lives in giving up ourselves to God, receiving the good for what it is, rejoicing in the good, giving thanks, and adoration.

In the love of God, We are with humility dawning us in obedience to God’s
command to love one another as Christ loved us.

Why did Jesus suffer?
Because God loves us.
Because God loves you,
and Christ willingly went to the Cross for you.
There was no other way for sin’s penalty to be paid, and for us to be redeemed.
The Cross is the measure of God’s love.