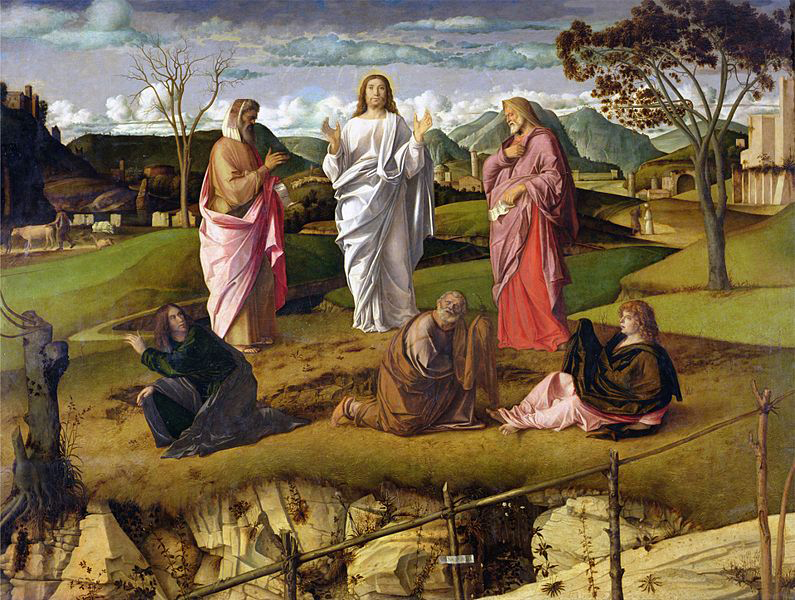 Friday, August 6th was the Transfiguration of Jesus. Transfiguration is not just understood as a spiritual experience of Jesus while at prayer. Three of his chosen disciples, Peter, James, and John were permitted to witness. This was a series of supernatural manifestations, by which God authenticated Jesus as his Son. The other times were the appearance of the angels at the birth and at his resurrection, and with the descent of the Spirit at Jesus’ Baptism. The voice has been documented saying, “This is my beloved with whom I am well pleased; listen to him.”

As we begin to come to the end of the story of David as it comes to a close, the Prophet Nathan’s warnings are fulfilled, with rape, murder, civil war, overtaking the house of David.

David’s son Absalom had been exiled for three years over the killing of his half-brother Amnon. David did not welcome Absalom for two years. During this time Absalom began to plot to overthrow His father, David, while in exile Absalom raised an army to take the throne.

David asked his generals to “deal gently for his sake with Absalom. When the battle began; Absalom’s followers were no match for David’s professional army. Upon the death of Absalom, it was felt by the generals, he was seen as the enemy of David, and they disregarded David’s instruction to “deal gently.” We have to think about David at this time he is both King and father. As King, he is concerned for the future of Israel and as the father, he is concerned for the death of his son.

Psalm 130 is a Psalm attributed to David’s writings.

The first two verses of the psalm echo David’s despair at the loss of his son! David calls to the Lord out of the depths. If God kept track of human sin none of us would stand a chance. God is forgiving. We just need to forgive ourselves and others. The Lord will rescue us from our troubles, although his saving grace may not be as we want at the time of the troubles. Maybe we need to take a good hard look at the outcome over the years. In many cases, things were in our favor, just at a different time. God has a plan if we just listen and wait.

The Epistle describes life in a community of faith, we see the love of God becoming a reality in Christ. The Epistle points out the commandments that define the way of life for us; We must become “centered in love. Our love can do nothing directly for God. We need to extend this love and compassion to one another. We are forbidden deceit, and to refrain from anger that allows the devil opportunity. We are asked to treat our neighbors as we wish to be treated. We should have no tolerance in our thoughts to bitterness and slander, or to any form of malice. We are to be kind, generous, loving, and forgiving and to remember. We have already been forgiven Christ gave his own life “AS An Offering and sacrifice to God.

In this gospel, John brings to our attention the deep demands of faith in Jesus. Like the Jews that Jesus was interacting with, we tend to ask questions. “What does faith in God really require of me.” Then next comes the demand of proof. We just need to remember that God is known now. God’s gifts of salvation are immediately available. The present time is the time of salvation; Eternity is now! The powerful statement reminds us time and again that the selfless action of God in giving us his only Son has enabled us to a life of abundance on earth and in eternity. The statement of “Whoever eats me will live because of me. This is the bread that came down from heaven.”

Those who take in or digest Jesus inwardly into every aspect of their life, especially into the demands of true discipleship, the reward is great. “The one who eats this bread will live forever.”

Gracious God, Source of all life, Author of all that is true and food: give us the wind of your Holy Spirit that we may venture beyond the safe confines of an easy faith, and step out bravely from false security to carry the Gospel of Jesus Christ to a perishing world. All this we ask in the unity of God and in the power of your Holy Name.