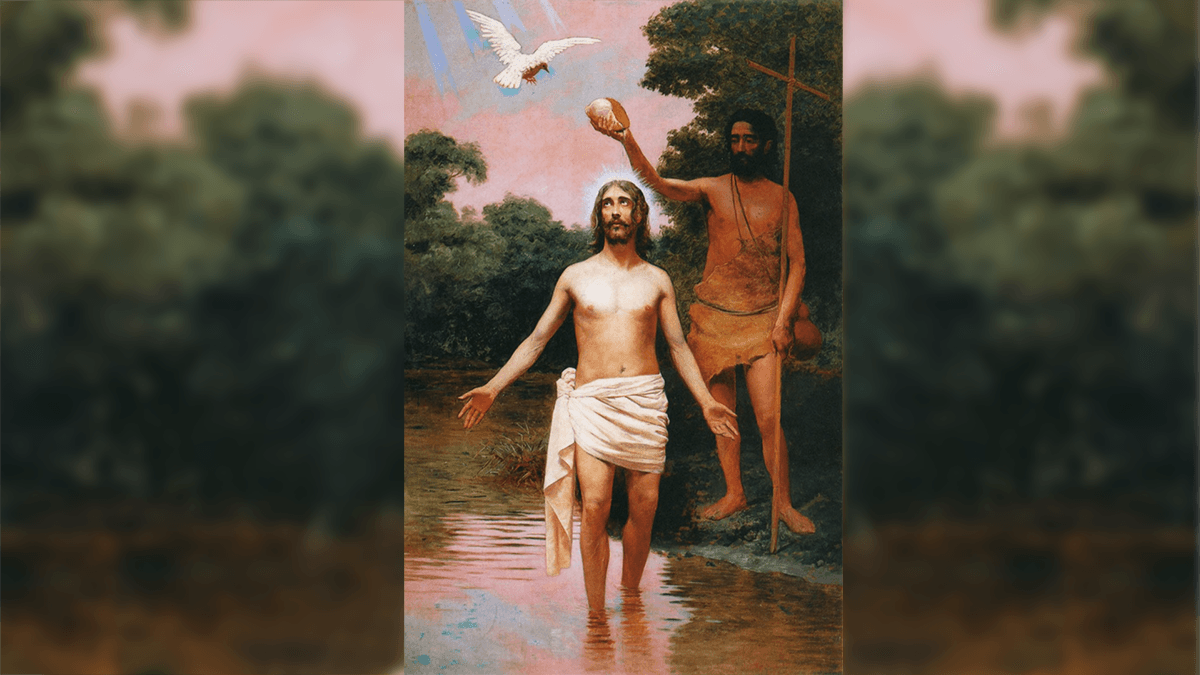 For some people, Christmas was over on December 26th, after all the presents were opened, the big meal was served and clean up was out of the way. They were done! But we still celebrate Christmas a couple week’s more. That’s a good thing, because after all the chaos, we now have time to absorb and celebrate what has been given to us. The greatest gift from God was the birth of Jesus and God becoming human…God becoming flesh and living among us.

Before I get into the sermon and the scripture; let me say a few words about Frosty the Snowman! I was listening to the song, like I have done before for most of my life, and had one of those one of those haw ha moments!

Frosty the Snowman, He’s a jolly happy soul with a corncob pipe and a button nose, and two eyes made out of coal.

Frosty the Snowman is a fairy tale they say, He was made of snow, But the children know, how he came to “life” one day.

There must! have been some magic in that old silk hat they found, for when they placed it on his head, He began to dance around.

Frosty the Snowman was alive as he could be, and the children say, he could laugh and play, just the same as you and me.

The lyrics tell us he has a happy soul, a fairy tale, yes, but he had a magic hat and he is alive, he led us with playing, dancing and having fun, until he needs to go, He waved goodbye, saying don’t cry I’ll be back again someday.

I will say more at the end.

The Word… Life… and Light

God’s creation was not just in the beginning and it’s not meant to be in past tense, God’s creation is ongoing! The earth and God’s creation, is so much a part of us, that when it breathes and moves, we breathe and move with it, God’s creation bringing us Joy, Love, Hope!  Is this, the earth, God’s magic hat?

What has come into being… in him was… Life AND the life… was the light of all people.

The light in the Bible, stands for spiritual illumination and truth and it encompasses all that is pure, good, and holy……… “as opposed to the darkness of evil.”

The light that Jesus brings, guides us into, following his commands throughout our lives.

In the ancient days of religion, it was a dark time, the people have been hearing the old prophets and believing that a savior would come and reveal himself and he would save them.

If Jesus would have just showed up and “said” — here I am! The one who you have been waiting for! — I am sure more people would have been reluctant to believe that He was “really” the savior.

(Isaiah: 19-20) 700 years before Jesus “It will be a sign and witness to the LORD Almighty in the land of Egypt. When they cry out to the LORD because of their oppressors, he will send them a savior and defender, and he will rescue them”.

After the birth of the Messiah!

On Christmas Eve the Romans occupied Jerusalem as the Jews desperately waited for the Messiah, and later you hear how Harold has innocent children killed because of his jealousy of the Savior’s birth. God has plans for Jesus, his son:

“The true light, which enlightens everyone, was coming into the world. He was in the world, and the world came into being through him; yet the world did not know him. He came to what was his own, and his own people did not accept him. But to all who received him, who believed in his name, he gave them power to become children of God.” (John 1:9-12)

God sends John the Baptist and he “catapults” us into the future. He is the forerunner to Jesus…to pave the way…so when Jesus reviles himself, people might believe. John is crying out in the Judean wilderness, yelling…” He is here, He is here”.

I woke up the other night at 3:00 am, thinking about John. Mary Pregnant with Jesus, had visited, Elizabeth, John’s mother, he (John still in his mother’s womb) leaped for joy! John has been preparing for this moment and waiting for the right time, when he could announce that Jesus was here, saying:

“This was he of whom I said, “He who comes after me ranks ahead of me because he was before me”.

As we celebrate this Christmas season, we should be humbled to think how God has become human and how he is trusting us with this Holy of Holy intention of becoming part of God’s family and becoming children of God. When you think about it, we humans are beings of God’s inward and spiritual presence in our lives. We are the outward and visible signs of God’s inward and spiritual presence, in each of us.

Can you imagine how different life would be if we all realized that WE are the image of God and every time we look at someone, we also see them as God!

God has trusted us, thousands of years later, to carry on like John and remind people that “Jesus” is here! He has been born; he brings new light into our world. He is your hope and your salvation. He is there for you when things get dark. You just have to ask and believe that “From his fullness we have all received, grace upon grace.”

So, let’s also rejoice and like Frosty, be a happy soul, put on the magic hat of God, dance, be joyful and sing praises to the birth of our Lord and Savior.