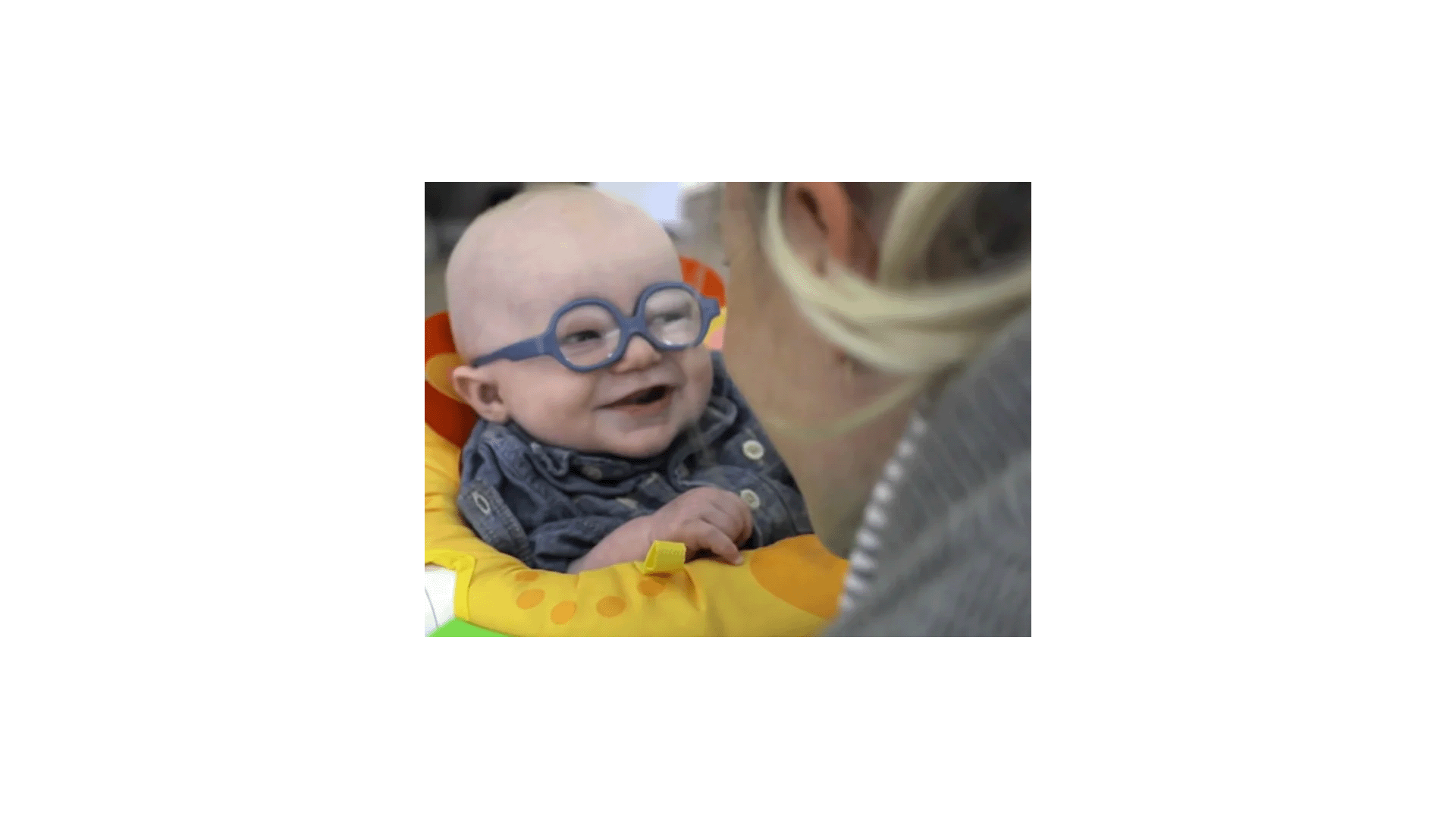 Second Sunday after the Epiphany
Year A
January 15, 2023

Almighty God, whose Son our Savior Jesus Christ is the light of the world: Grant that your people, illumined by your Word and Sacraments, may shine with the radiance of Christ’s glory, that he may be known, worshiped, and obeyed to the ends of the earth; through Jesus Christ our Lord, who with you and the Holy Spirit lives and reigns, on God, now and for ever. Amen

The readings today are filled with promises of light, deliverance, of Thanksgiving and Grace.

I Saw Your Face for The First Time!

When I read the first line of the Gospel today….” John saw Jesus coming toward him and declared, “Here is the Lamb of God who takes away the sin of the world!”

John is so excited, it was, as though, he sees Jesus’ face for the very first time!

I remembered something I had seen on the news years ago, a story on ABC News about a baby boy named Leo whose life changed when a pair of eyeglasses was placed on his little face. He has a rare visual disorder since birth.

They place his new glasses on his face and you should have seen his face… when he sees his mom.

Up until then his vision had been blurry and he never had a clear view of the world, everything was fuzzy and out of focus.

And then the video shows the moment they first put these little round glasses on and he looks at his mother’s face and that smile, “oh” that sweet smile, when he sees her face “clearly” for the first time.

There is no drought in his mind about who she is!!  No longer a blurry view, but it became clear to him that day, mom.

Earlier in the chapters of (John: 19-23), the Jews, the Temple religious authorities; send priests and Levites from Jerusalem to ask John,

“Who are you?” John confesses I am not the Messiah! And they asked him.

“What then? Are you Elijah?”

To the Jews, Elijah was the one they expected to come and prepare the way.

John, “I am not.” Are you the prophet? “He again answered “No” So they then said to him “Who are you?

This is when John lets them know, in chapter 23.

“I am the voice of one crying out in the wilderness, make straight the way of the Lord,’ as the prophet Isaiah said.”

John has thousands of followers coming to see… “what it is he has to say!”

He also has disciples following him.

What he (John) is doing is not recognized by the religious authorities and he is engaged in a ritual not sanctioned by them.

“But,” what better timing?

All this is taking place in Bethany across the Jordan where John is baptizing.

Imagine, it was a beautiful sunny day, midafternoon by the river Jordan.

“JOHN SAW JESUS” coming towards him and one of the greatest scriptures we have heard all our lives is said now!

“Here is the Lamb of God who takes away the sin of the world!”

John’s announcement! says it all, that the Son of God, is here for all, the world, all people, and not just the Jewish people.

This is important…like the little baby Leo, who sees his mom’s face for the first time,

it was not blurry or fuzzy!

it became clear to the baby, that this was his mom with this loving face.

And it becomes clear to John, that when he saw the dove and it remained on Jesus,

it was no longer just a talking point, it was not blurry or fuzzy, but it was very clear…

The next day was becoming clear to everyone and many were still hanging around,

they wanted to see him again and perhaps get more information.

John’s disciples are hanging around with him, just then Jesus walks by and he again….

Today, we know sheep or a lamb, as someplace we get wool, in some cases, they provide for families all over the world, milk, meat and income.

In the days of Jesus, that was also the case, but in the scripture,

The lamb is more like innocence and purity, much like the image of the suffering servant which we read about in the prophet (Isaiah 52:7)

Or the lamb was also the image of God’s delivering his people from their bondage in Egypt. Where an event is in the celebration of Passover and the slaughter of a lamb.

Two of John’s disciples heard him say, here is the Lamb of God, and they followed Jesus.

“What are you looking for?”

Jesus said to them!

They said to him, “Rabbi” “where are you staying?”

They stayed with him and later, about 4:00, John brings other disciples with him to see the Messiah and one being Peter.

In all the Gospels, John the Baptist is the prophet who announced that when Jesus comes, the present evil age and finally and fully bring the realm of God, a new world,

is which all things would live forever in love, peace, and justice.

What a dove suggests to Jesus…. purity, meekness, innocence.

It is not majestic like an eagle or fierce like a hawk or flamboyant like a cardinal, it was simple, common, innocent, the kind of bird the poor people could relate to.

Jesus said “Come and See” They want to be like Jesus and to receive what gifts he has to offer, so they can be like him.

As Christians we do not want to impose on others, but! as Christians, we do what to invite people to come and see.

We have here at St. Martin’s, a worship life, as small as we are, we have a worship life that enriches and strengthens those who come.

We want to give people a sense of belonging and a feeling of a community that loves one another, just as God loved us and sacrificed his Lamb for us.

John’s announcement says it all, that the Son of God, is here for all, the world, all people