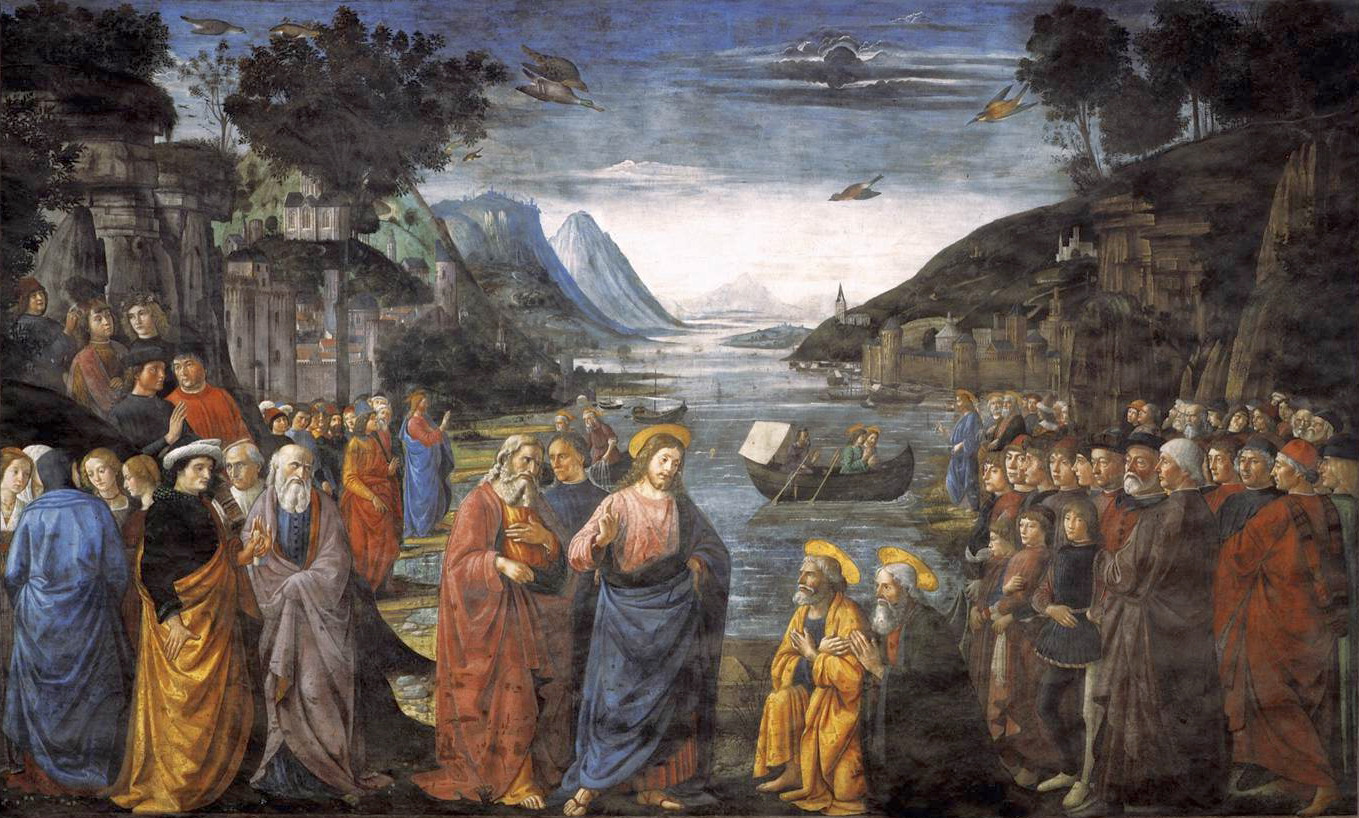 Jesus in his last three years, has been on a walk from Nazareth, Cana, Capernaum to Jerusalem, north to Tyre to Sidon and south to Jerusalem, thousands of miles covered on foot. Sometimes Jesus was in a boat on the sea of galilee or on donkey in Jerusalem. But most of the time he walked, this is the only way he could get his message out to the people, otherwise, they would not have known him. The word spread around the region, he was healing and teaching, and all his disciples followed him everywhere. They did not realize; they were in and on the job training class.

Jesus, was as genuine as the people whom he met. A kind humble man with great strength and courage.  There were times he would go off by himself and pray for long periods of time, He needed that communion between himself and the Father.

But wait, he was different…he was able to change water into wine at a wedding in Cana? I cannot do that!

Throughout the Gospel’s, His signs or miracles were many. Healing the royal official’s son in Capernaum and healing the paralytic at Bethesda. We cannot forget, He helped a blind man from birth, see for the first time and Jesus raised his friend Lazarus from the dead.

Jesus walked on water and then fed 5000 people with 5 loaves of bread and 2 fish. All the while teaching about love, compassion, forgiveness.

He said to his followers, How the one who sent him, is in him, and in you. And throughout the Gospel of Luke, how to depend on God through prayer and how to pray! Thousands of people witness his miracles and followed him from place to place to see him, to touch him, to ask questions and some were curious and angry and perhaps jealous.

Who is this King? The Jewish leaders accused Jesus of trying to make himself a king. A name that was given to him and a title that hung over him on the cross. He did not claim to be a King, besides, when do we treat Kings or Queens like this?

What he is saying is his kingdom is eternal. He is not! The temporal king…but he is an eternal king. And now, Jesus this man believed to be the Son of God and the second Person of the Holy Trinity, has been turned over to Pilate, by some of those people who followed him.

Instead of the leaders and the people who followed him, giving him praise and glory. They are mocking him, taunting him, hitting him, and forcing Pilate to crucify him.

“When they came to the place that is called The Skull, they crucified Jesus there with the criminals one on the right and one on his left.”

But not before he was asked by the criminal who was also suffering in pain, Jesus “remember me when you come into your kingdom”

Jesus does not hesitate, He replied, “Truly I tell you, today you will be with me in paradise.”

Giving thanks to the Father, who has enabled you to share in the inheritance of the saints in the lights.

He has rescued us from the power of darkness and transferred us into the kingdom of his beloved Son, in who we have redemption, the forgiveness of sins.

Through suffering, redemptive, love and forgiveness, we are led from darkness into the power of light/ Therefore, Jesus’ was sent into this world, because of his death and resurrection, we will find salvation and eternal life. “And now,” we are waiting for, The Prince of Peace to be born.

Next week starts the Advent season. And for four weeks we prepare ourselves for the coming of Christ.  It is a time of reflection and a time set aside to renew our connection to Christ.

Many Christians read (Isaiah 9:6) during the time of Advent, the four weeks leading up to Christmas to celebrate the birth of Jesus the Messiah. The Messiah was God’s anointed, a king who would establish God’s peace.

We accept Jesus’s call to take up the cross and follow him.