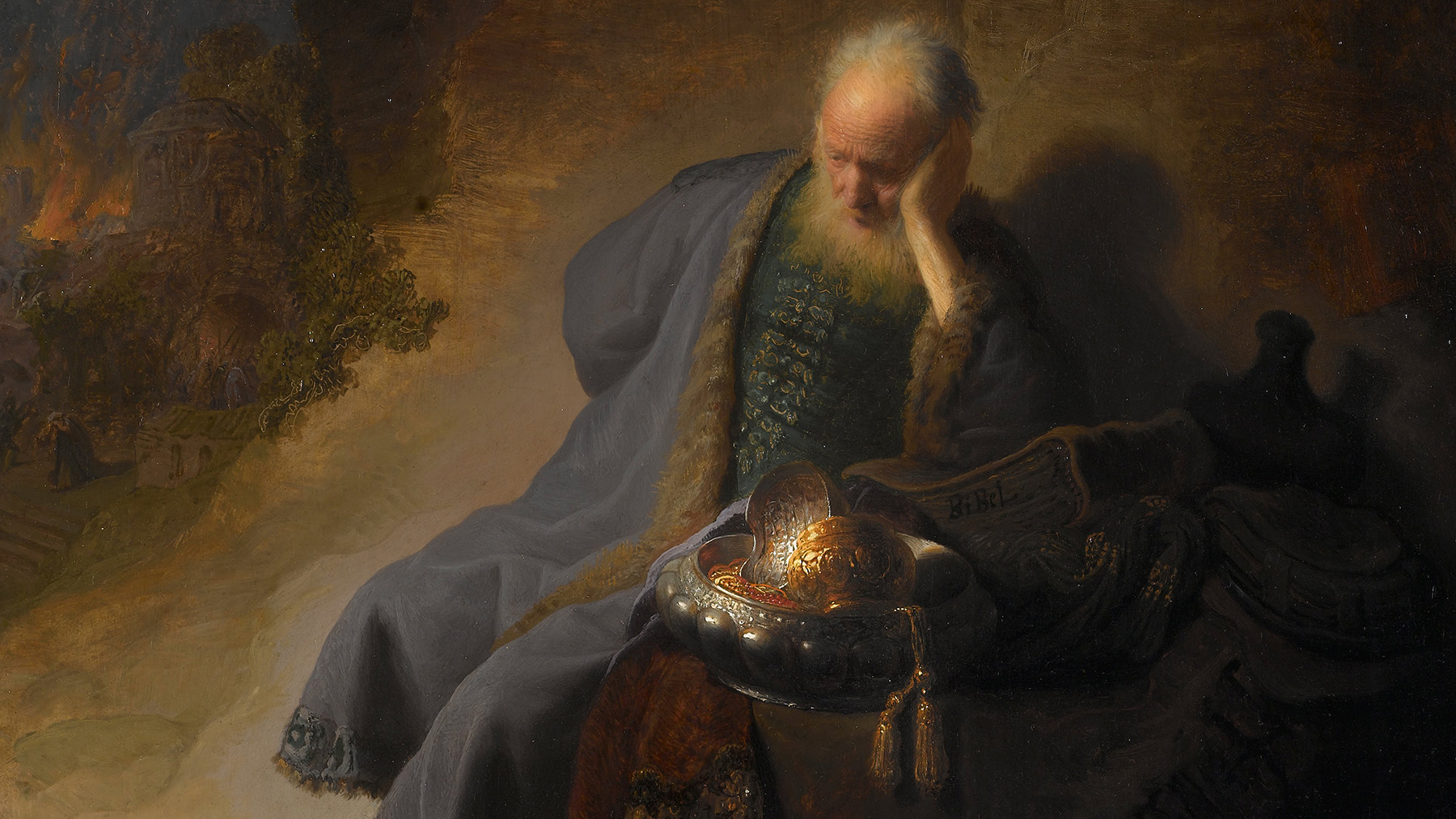 Jeremiah continues to warn Judah and Jerusalem of the coming destruction. Jeremiah’s vision of Judgement compares the invasion of Judah to a hot wind” that will sweep down upon the people from the Desert. This wind is a dry and parching wind that becomes unbearable, with suffocating heat. Because God’s people are ignorant and tend to do evil instead of good All creation suffers”.

This is a reversal of God’s act of creation in Genesis 1:1-2: 3, the earth is now a waste and void and darkness prevail in heaven. The mountains quake and the birds are gone. The once fruitful land has become a desert, and the cities are in ruins. The earth itself is mourning. The Lord will not turn back from what is spoken, but there is a glimmer of hope in verse 27, that destruction will not be total.

The Psalm today speaks of the foolish and corrupt ones that have rejected the Lord. With a few variations, this Psalm is a duplicate of Psalm 53. As the Lord looks down on human beings and finds that humanity is perverse, and no one does good. Yet God is with the righteous and will be their refuge. There is a hope of joy that God’s people will be delivered.

Chapter 15 has been described as the heart of Luke’s gospel; it contains three parables about joy of finding what has been lost, and it also shows us the beautiful expression of God’s grace and mercy. In the opening verse, the Pharisees and scribes are grumbling about Jesus because he “welcomes sinners” and eats with them. Sharing a table fellowship was an indication of social acceptance. How could God’s people be expected to share meals with such unworthy people?

Jesus tells a story about a lost sheep; But. Is it wise to leave 99 sheep to find one lost? To leave an entire flock to fend for itself in order to search for just one? This could be economically irresponsible, However, although Jesus’s story could be bad economics, it is the faith-full shepherding that provides the promise to seek the lost and bring back the strayed, Jesus follows this model. Jesus ends the parable by declaring that the joy in heaven of one repentant sinner is more than ninety-nine righteous ones who do not need to repent.

Today’s Epistle states the mission “Christ Jesus came into the world to save sinners.” Paul speaks on his behalf and his own experience, in spite of the fact that he was “Blasphemer, a persecutory and a man of violence. He had no claim to God to be forgiven, after all, he was the worst of the sinners. This confirms, that anyone could come to Christ through repentance.

The Mission of Jesus remains to love sinners into repentance – to relentlessly seek us out, and never give up until the lost is found.

To finish, I want to read a statement from C.S. Lewis in Mere Christianity and his note.

“This repentance, this willing submission to humiliation and kind of death, is not something God demands of you before He will take you back and which He could let you off if He chose it is simply a description of what going back to Him is like. If you ask God to take you back without it you are really asking Him to let you go back without going back. It cannot happen.”

And so, the Gospel message is one of total love, relentless pursuit, and of reunion that leads to joy eternal. In God’s story of redemption, the lost are not only found – they are brought Home.”